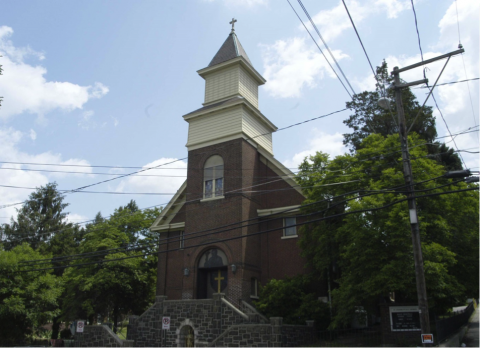 At the turn of the twentieth century, Pennsylvania welcomed more Polish immigrants than any other state. American industry was booming, and jobs in the steel mills and factories were plentiful. Many Polish immigrants settled in the city of Bethlehem. Small, ethnically diverse communities struggled to find ways to maintain their native dialects and traditions, while also participating in the process of assimilating to American society. One way they accomplished the balance between two was through the institution of the church.

With little money for a church of their own, the Poles in south Bethlehem held their first worship services in the previously established Hungarian and Italian parishes. As the population grew, the St. Stanislaus and St. Michael Societies were created in 1903. These social clubs provided a firm foundation for the organization of the Polish Catholic Church in Bethlehem. In 1905, Father Francis Wieszok—a priest of the Allentown Catholic Diocese and fellow Pole—was granted funds to purchase land on the corner of Hayes and Fifth Street where St. Stanislaus Polish Catholic Church—named for the patron Polish saint—opened its doors in 1906.

The church enjoyed both prosperity and hardship. In a testament to its affluence, emblems of national and religious iconography adorn the building. The statues of St. Stanislaus and the Immaculate Conception align the history of the Polish tradition with the biblical narrative. St. Stanislaus was also a place where food was made, picnics were hosted, polka was danced, halupkies were baked, and cabbage and noodles were consumed during festivals. In darker times, the church experienced a split that caused families to leave and finances to dwindle.

Following the 100th anniversary in 2006, declining membership and a shortage of priests caused the Catholic Diocese of Allentown to close St. Stanislaus in 2008. This was a difficult time for parishioners like Alfreda Wesolowski, who said, “You can’t go to a church all of your life and not miss that church.”(See video on the right) While the original church building is now home to South Side Lofts, St. Stanislaus Church leaves a legacy of strong faith and love for the Church, and lives on in memory as a significant center of the Polish traditions in South Bethlehem.

Do you remember the picnics, dancing to polka music and eating pierogies after mass? We would love to hear your stories! Please feel free share any memories or photos that you may have by clicking on ‘make a contribution,” above.

In this video, parishoner Alfreda Wesolowski is talking about the church closing.

Edward Crocus discussing some of his favorite traditions at St. Stanislaus

Log in or Register to contribute a memory for: St. Stanislaus Church

Items from Inside the Church 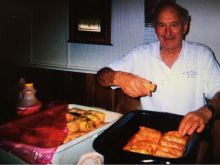 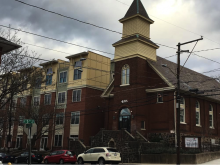 In this video, parishoner Alfreda Wesolowski is talking about the church closing.

Log in or Register to contribute a memory for: St. Stanislaus Church