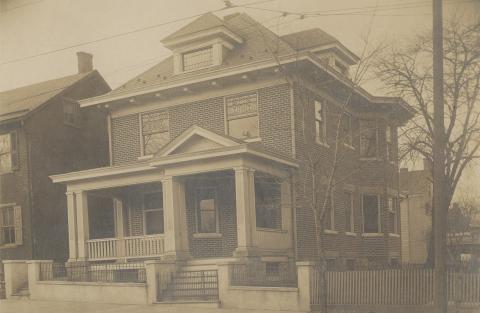 He had almost made up his mind that he was going to live in a house over on the west side of Bethlehem… but then he got smart and he said, “All the people that are going to elect me live over here, so I’m going to build my house on Webster Street.”

Dick Stiles, Lehigh University Graduate Dick Stiles remembers 424 Webster Street very clearly. It was the home of Robert Pfeifle, Bethlehem’s mayor from 1930-1950. Stiles describes the mayor's home as, “a beautiful brick house with stained glass windows… every time I went in the house he always, you know, really welcome me.” Mayor Pfeifle, who was also the grandfather of Stiles’ wife, knew the importance of living in the community he served. If a neighborhood resident fell on hard times and was in need of groceries or even a pair of shoes, the mayor would write a note to the owner of the grocery store or shoe store, ensuring the person would get what he or she needed.

Even before he became mayor, Pfeifle impacted the neighborhood in other ways. The construction company he owned was responsible for building 800 homes in Bethlehem, in addition to First Moravian Church, which stood at Webster Street and Packer Avenue. Like the other homes in the neighborhood, the mayor’s home no longer stands. Stiles remembers a straw buyer purchasing the home after Pfeifle died in 1958. He was there to watch as 424 Webster Street was torn down to make room for Lehigh University’s expansion.

Robert Pfeifle had the distinction of becoming the third Mayor of Bethlehem from 1930 to 1950, following the merging of Bethlehem and South Bethlehem into one city in 1917. 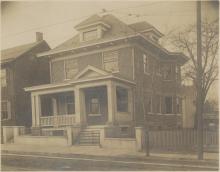 Log in or Register to contribute a memory for: Webster Street