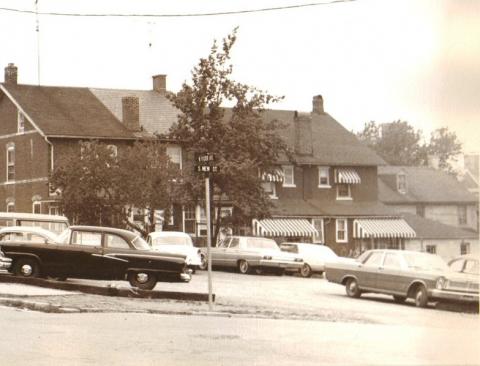 "They would close New Street in wintertime for sledding between Packer and Morton, so you really just had to walk out your door, and your friends would be there." - Mrs. Pat Girke, former resident.

Many former residents fondly remember New Street for its many destinations and as a comfortable place to live. The corner of New Street and Packer Avenue was a popular location for hanging out. The southernmost end of the street was the original location of the popular Gus' restaurant. The restaurant was a popular lunch spot, offering good coffee, hot dogs, ice cream, and snacks. The photo on the right, a contribution from Mary T. Pongracz was taken in the 1960s and shows the corner of Packer Avenue and New Street, where Gus' restaurant was located, before it moved to Verona street. The photo is looking North and shows a parking lot where Gus' once stood.

New was also a residential street, with a number of homes, both row homes and twins. Residents recall that many of the families that lived on the street had been there for a long time. The street also had a boarding home that was often occupied by Lehigh students. Do you remember going to the Brown and White restaurant for soda or ice cream? Located at the bottom of New Street, the restaurant was a popular destination for snacks and lunch. A number of other businesses made the northern end of New Street a popular location. McCrory's five and dime offered clothing, home supplies, and penny candy. The store also featured a lunch counter deli where residents enjoyed sandwiches and snacks. At the corner of New Street and Fourth Street was the New Merchant's Hotel. Further South, at the corner of New Street and Morton Street was Berthold's tavern Both the hotel's bar and the tavern were popular locations for steel workers after a long day at work.

If you have memories or photographs of New Street, please share them with us! You can help us recreate the neighborhood and keep the stories alive!

"Lehigh bought these homes after owners died, and left them vacant to deteriorate. These houses were left vacant for 5 years” --Mary T. Pongracz 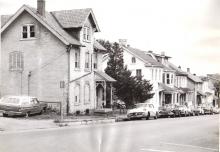 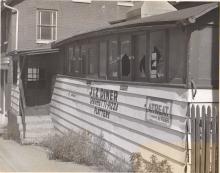 Log in or Register to contribute a memory for: New Street